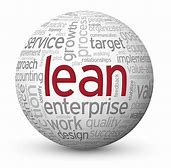 One of my favorite shows for the past few years has been Shark Tank (airs on ABC). Admittedly, I don’t watch the most current shows as they air, taking but take full advantage of the DVR to record recent episodes.

While the ‘Sharks’ provide much entertainment through their humor, criticism, sincerity, and downright crassness – one of my favorite things about this reality show is that it has revitalized one of the vital aspects of the American economy – entrepreneurship. It is inspiring to see the creativity and ingenuity of the entrepreneurs that get on the show, deal or no deal. It reminds me that the “American Dream” is still alive and anyone really can pursue any career or vocation they aspire to in this free land.

Another aspect of the show I enjoy is the updates from businesses that appeared on past Shark Tank shows and made a deal with one, or several sharks. It’s amazing to see the amount of growth these businesses experience after making their deals with the Sharks – it’s not uncommon for businesses to double and triple their revenues within 6-12 months after their Shark Tank appearance!

Because the business was in a growth and transition period, we tailored our approach to focus on:

Defining value and identification of waste

Since the business hired several new employees in a short time-frame and had to focus on increasing throughput of their products, there was not a lot of time spent acclimating new employees to the end-to-end manufacturing process and how ‘value’ was created for their customers. We provided introductory training to all of the employees on the concepts of value-added and non-value-added, or waste, and helped them see the manufacturing operation as value streams. We also led their staff through ‘waste walks’ throughout the facility to identify where they observed or experienced categories of waste (DOWNTIME). This allowed open and candid conversations across all levels (COO, production manager, and operators) about opportunities to improve operations to reduce waste and increase the value provided to their customers. Additionally, a common language was being used to discuss existing operational challenges.

Based on providing the employee’s education on how the value was created in the business, and identifying several areas in the facility with the waste present, we determined that implementing 5S activities in several areas of the facility was a good start. Because production was still a main priority for the business, there was limited time to take employees out of production activities, and 5S activities were a good starting point. We initially identified the Quality Control (QC) area as the first priority to implement 5S due to the large amounts of inventory that often took up needed space, and because it was the last operation before shipping. Involving 3 QC employees and a supervisor, we Sorted, Straightened, Shined, Standardized, and Sustained in a day! For ongoing sustainment of the newly-organized QC area, we developed a daily checklist of cleanup activities the employees and supervisor would perform at the end of each day. Our 5S efforts were noticed by other areas of the facility, and there quickly were requests to “5S my area”. The results were a success and speak for themselves…

Another challenge of hiring new employees to meet rapid growth was training them to be able to perform various activities within operation – cutting, stamping, assembly, or quality control. There were no standard work practices documented for new employees to more quickly learn their tasks, as well as for existing employees to be able to move to other areas and quickly learn new tasks. We spent several weeks observing the primary operations of assembly, quality control, cutting, and stamping and videotaping activities in each of these areas. We also spoke with seasoned employees to capture ‘tips and tricks’ (best practices) they learned based on experience in their role. Once the activities and best practices were captured, we developed standard work instructions for each area and product line. The work instructions followed a standard format (pictured below) and included pictures of key tasks, quality and safety notes, and best practices.

We learned through this partnership that there is a balancing act that has to occur between continuing production to meet rapid growth demands, and improving operations to more efficiently and effectively meet these demands.

For any businesses experiencing a rapid growth transition period, whether driven by a Shark Tank deal or not, consider focusing on these fundamental approaches to defining value and identifying waste, improving workplace organization and layout by implementing 5S, and establishing and documenting standard work procedures to fuel growth.